On Friday 23rd of November, Heathfield Junior School played host to the British Triathlon Trust and the Tim Peake initiative. The challenge was for every child in the school to take part in a running and biking activity and between them clock up the number of kilometres it is from the Earth to a satellite: 717km.

The day got off to a flying start with Year 3. In each year group the children worked in groups of three for 45 minutes with everyone having a chance to cycle, run or rest, rotating every two minutes. The kilometres quickly began to accumulate. They were followed by Year 5 and 4 and by morning playtime we had actually got as far as the satellite. Everyone was smiling, though some faces were a little pink!

Despite the fact that some children were nervous about the cycling the use of static bikes gave them confidence and so everyone was able to join in fully.

Finally it was the turn of Year 6 who were tasked with bringing home the challenge. A group of teachers joined in with their own group to add to the total. They actually managed a whopping 472km in their session and as a result we not only reached the satellite, but got back home again! A total of 1774km altogether, which was amazing!

It was a really fabulous day, where every single child got to take part and did their bit to achieve our goal. The visitors were incredibly complimentary about the children's commitment and positive attitudes. Well done everyone. 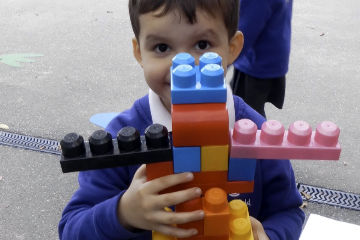 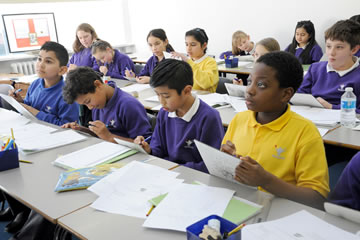